Iraqi SMEs are rebuilding the economy 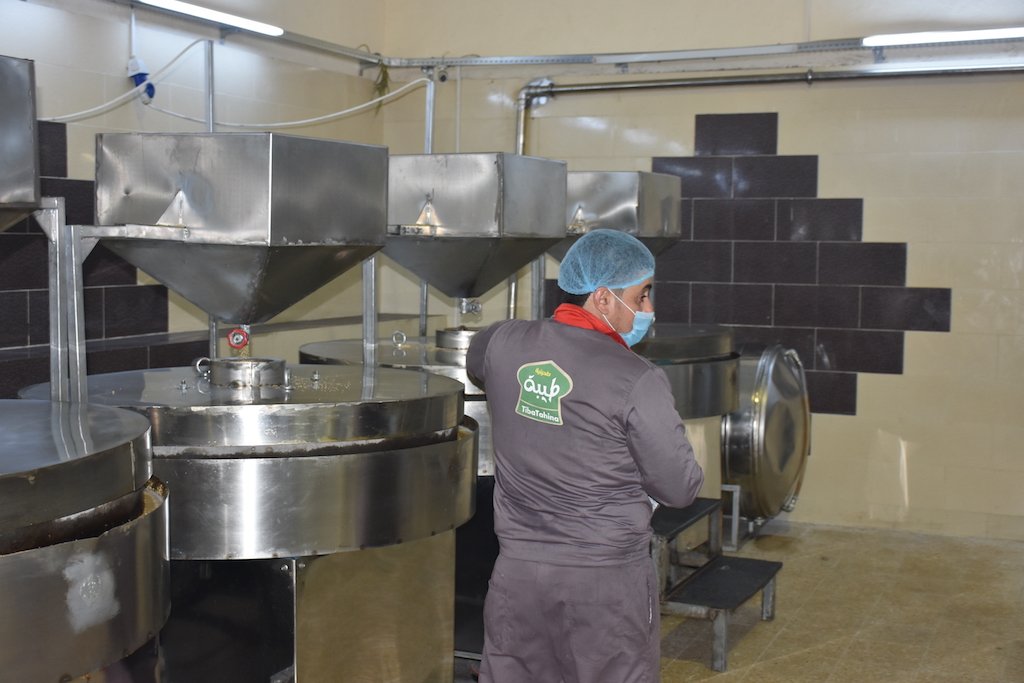 R.B Hussein says he lost everything within just a few hours.

When ISIS invaded his hometown of Bashiqa in northern Iraq in 2014, Hussein and his family were forced to flee. Taiba, his family business which had been manufacturing sesame paste for 47 years, was destroyed. “It’s difficult to express how I felt when I heard my factory was destroyed. I was shocked for a long time. I still don’t know what happened,” he says today.

Hussein is one of over 5.8 million Iraqis forced to flee their homes during ISIS’s invasion of parts of northern and central Iraq and the subsequent military action to liberate the region. Although many have since been able to return home, nearly 2 million remain displaced.

But despite the tragedy Hussein and his community faced, he was determined to rebuild his business. He says the legacy of his family gave him the strength he needed to move forward. “It gave me strength to want to keep the legacy I received from my grandparents alive for my grandchildren. I also regard myself as an ambitious entrepreneur. The drive to overcome challenges and achieve more goals is what helps entrepreneurs survive.”

Less than a year after leaving Bashiqa, Hussein rallied the support of his family and former employees to reopen his business in Erbil in the Kurdistan province of Iraq. It was not easy. He battled to overcome administrative obstacles to start the business and obtain the necessary health and quality assurance certificates. It was impossible to find any bank or other institution willing to finance his business, but Hussein persevered.

Today the new Taiba produces 16 to 20 tons of sesame paste per day and has a national distribution network in place to serve 20 Iraqi wholesalers. Hussein wants to expand the business further to increase his market share in Iraq and even export his product to surrounding countries. Taiba also employs 45 workers – including 25 women. Like Hussein, all of them lost their homes and livelihoods when they fled ISIS.

But access to finance remains a huge challenge and he has been struggling to get long-term financing at a fair interest rate. “It is difficult to convince the local banks to finance my startup project. Local banks are also asking for a huge amount of collateral. Sometimes over 300% of the capital.”

Hawrre Meerani, Investment Manager at GroFin Iraq, says a lack of collateral is currently one of the biggest obstacles facing entrepreneurs in northern Iraq in the aftermath of the ISIS occupation. “It is extremely difficult for startups to get financing as banks require a lot of collateral. Many entrepreneurs do not have collateral to provide because their property and land has lost a lot of its market value following the ISIS occupation.”

Hussein’s business is currently undergoing screening to obtain financing from NII which will allow him to upgrade and expand his factory with a new automated production line. The new production line will create 20 additional jobs and Hussein has committed to continue to hire other internally displaced people  who are desperately in need of a steady income to rebuild their own lives.

Although Taiba has not yet been approved to receive financing from NII, GroFin’s investment team is already working with Hussein to make the business investment-ready and position it for success. GroFin is assisting Hussein in compiling audited financial statements so that he has a clear picture of the financial position of his business and can make better strategic decisions in the future.

GroFin has also introduced Hussein to global supermarket chain Carrefour and facilitated an agreement which will see Taiba’s products being sold in four of its Iraqi branches. This agreement is set to have a massive impact on Taiba’s sales. In addition, GroFin  worked with the business to create more satellite sales points in Erbil and the Ninawa province during the month of Ramadan. Should Taiba be approved to receive financing, GroFin will continue to provide Hussein with such support throughout the tenure of his loan to ensure his business remains sustainable and can grow even further.

Meerani says although instability and a lack of security in areas formerly held by ISIS are still threatening SMEs and entrepreneurs, the business environment in Kurdistan is stable. “The outlook for the region is promising thanks to the assistance of the Iraqi government and international organisations are providing to SMEs. Businesses here are positive about the future.”